The Berkshire Botanical Garden is located in Stockbridge, Massachusetts and was founded in 1934 on 15 acres of donated land. Its public display gardens are among the oldest in the U.S. and have been expanded over the years in breadth and variety through a series of bequests and major gifts.

The Garden’s original mission was to provide a place of serene beauty for Berkshire residents and visitors and to instruct local gardeners in how to grow plants, flowers, fruits and vegetables in the Berkshires. From its inception, the Garden has also offered a broad variety of educational programs to adults and school children from the surrounding area. The Harvest Festival was first held in 1934 as the Garden’s earliest fundraising event. It has become the Berkshires’ best-known community gathering with annual participation of over 10,000 people.

Originally called the Berkshire Garden Center, the Garden was established in 1934 by a group of local garden clubs and civic associations headed up by the Lenox Garden Club, on a parcel of land owned by Bernhard and Irene Hoffman. Horticulturist Kenneth Simpson of Lenox was hired, and a noteworthy collection of prized daylilies was soon donated by the New York Botanical Garden. Numerous gifts by other botanical gardens followed and in short order the Garden was endorsed by garden clubs all over the county.

In 1936 the Garden was granted its non-profit corporation charter and the Hoffmans subsequently donated most of our fifteen acres and the 1770 farmhouse which is known as the Center House today. The Herb Garden, built in 1937 on a terraced rocky slope designed by landscape architect Edward F. Belches, was planted with varieties of hardy and tender herbs displayed according to use, plant family, and ornamental value. It remains our oldest existing garden area.  During the Second World War, a Victory Garden was established to educate families in how to supply vegetables and fruits for the table during this period of rations. Canning, freezing and winter storage classes were also offered. In 1946, the Garden received a National Victory Garden Institute Award in recognition of its “contribution to the national war effort.” 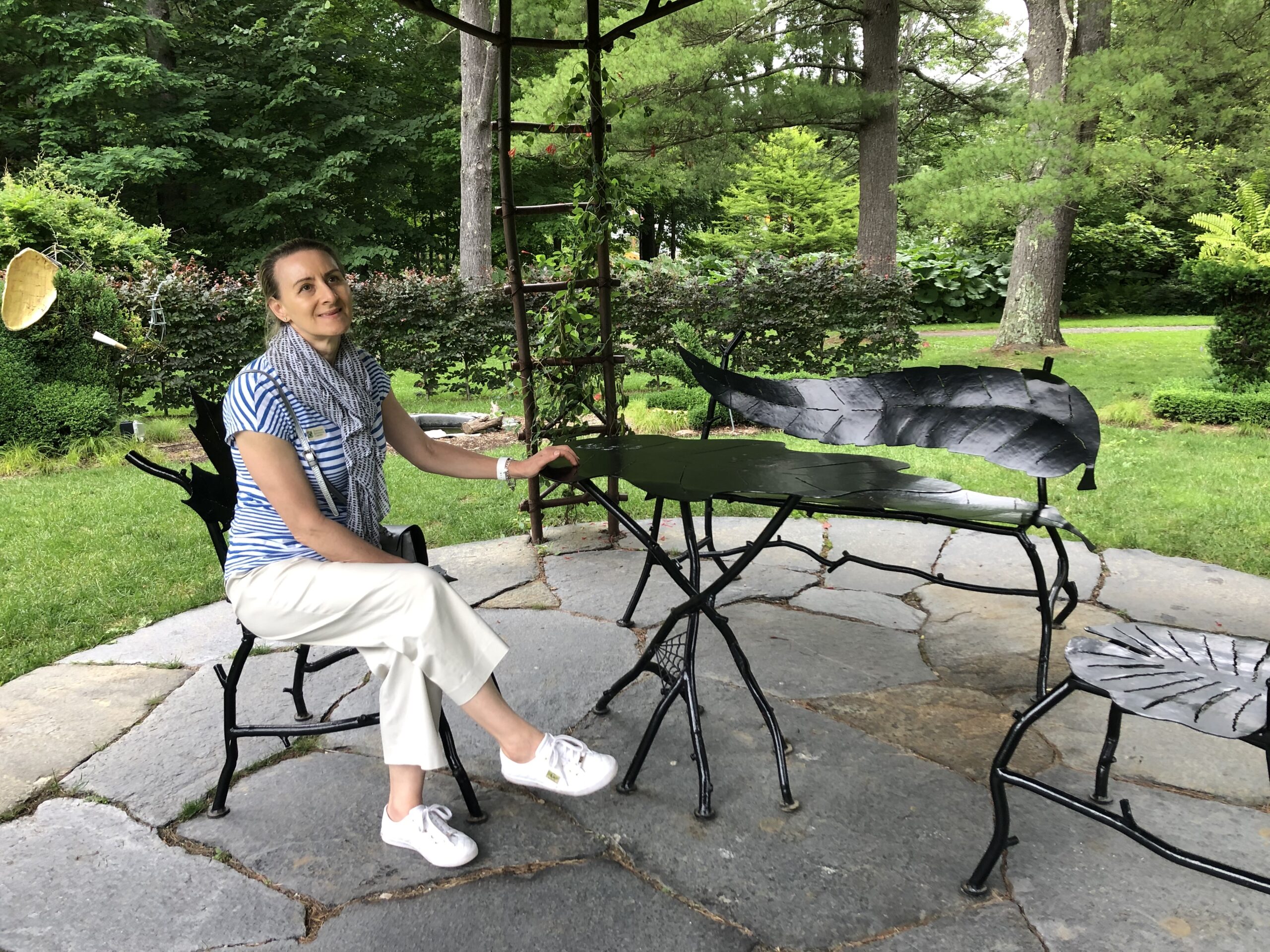 The late 1930s and 1940s were an active and productive time for the BBG. New gardens were designed, planted and maintained and educational programs continued to be developed. This period included the creation of a library, an endowment fund as well as the newsletter, Cuttings, published six times a year.  The Garden received international attention by participating in the New York World’s Fair in 1939 where it held an exhibition of Kenneth Simpson’s collection of native trees and an exhibition of photographs of trees by the well-known photographer, Edwin Lincoln. 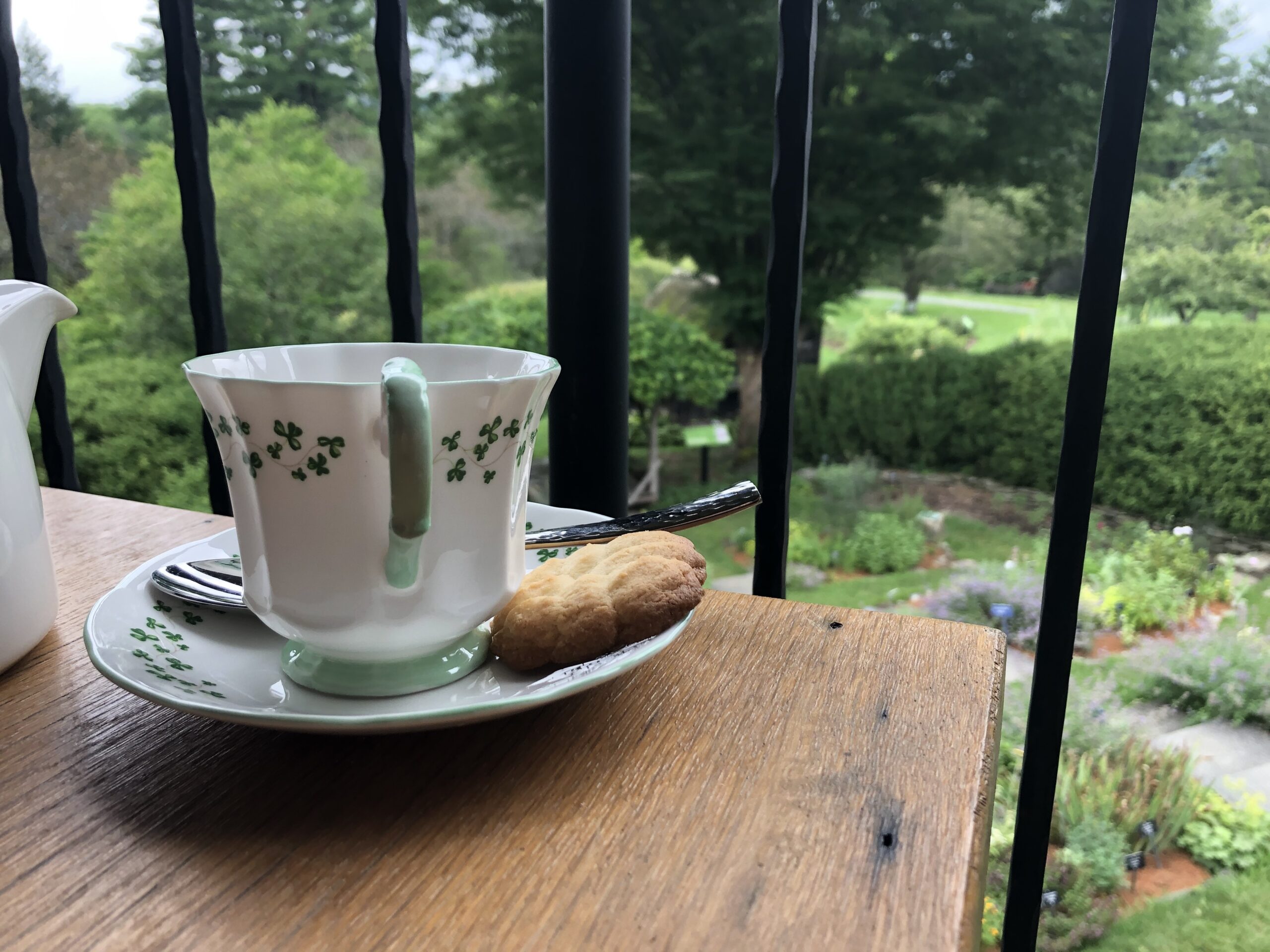 At the Botanical Gardens was an amazing cafe which served tea and homemade cookies.  I had a chance to talk to the owner and wish them well on their new business. 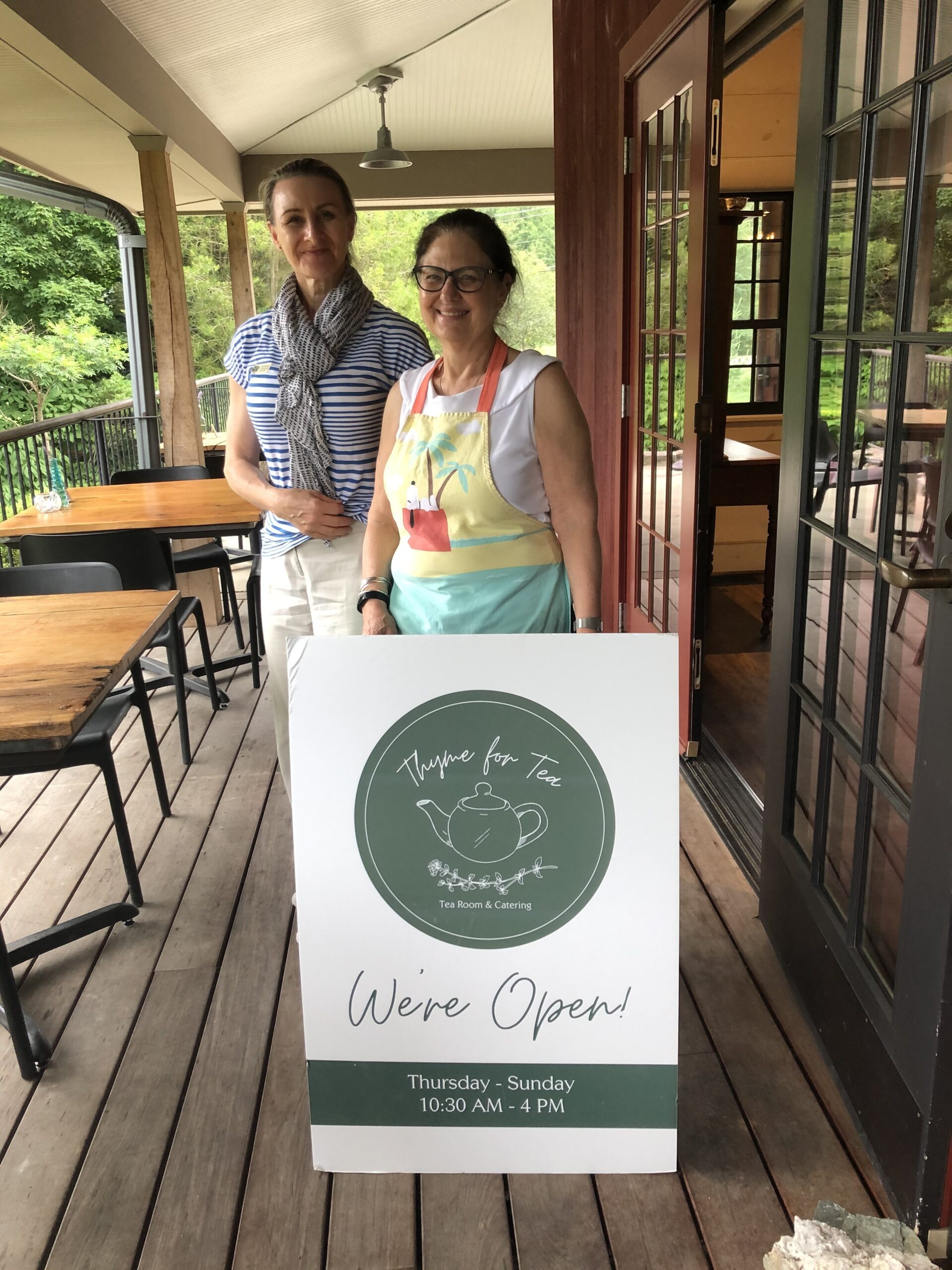