Naumkeag is the former country estate of noted New York City lawyer Joseph Hodges Choate and Caroline Dutcher Sterling Choate, located at 5 Prospect Hill Road, Stockbridge, Massachusetts. The estate’s centerpiece is a 44-room, Shingle Style country house designed principally by Stanford White of McKim, Mead & White, and constructed in 1886 and 1887.  The estate is noted for its large gardens, which were designed in the mid-20th century by noted landscape designer Fletcher Steele in conjunction with Mabel Choate. 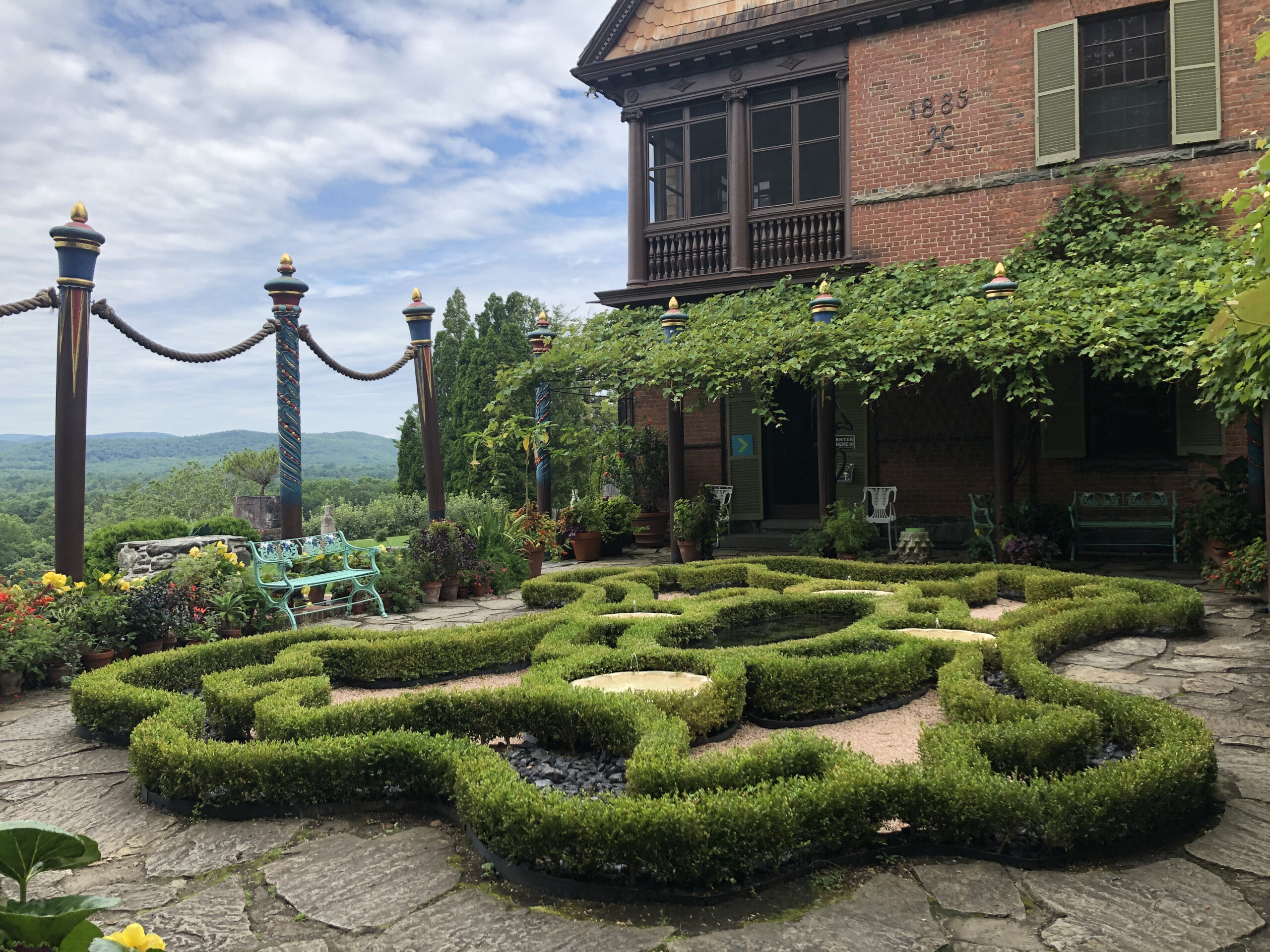 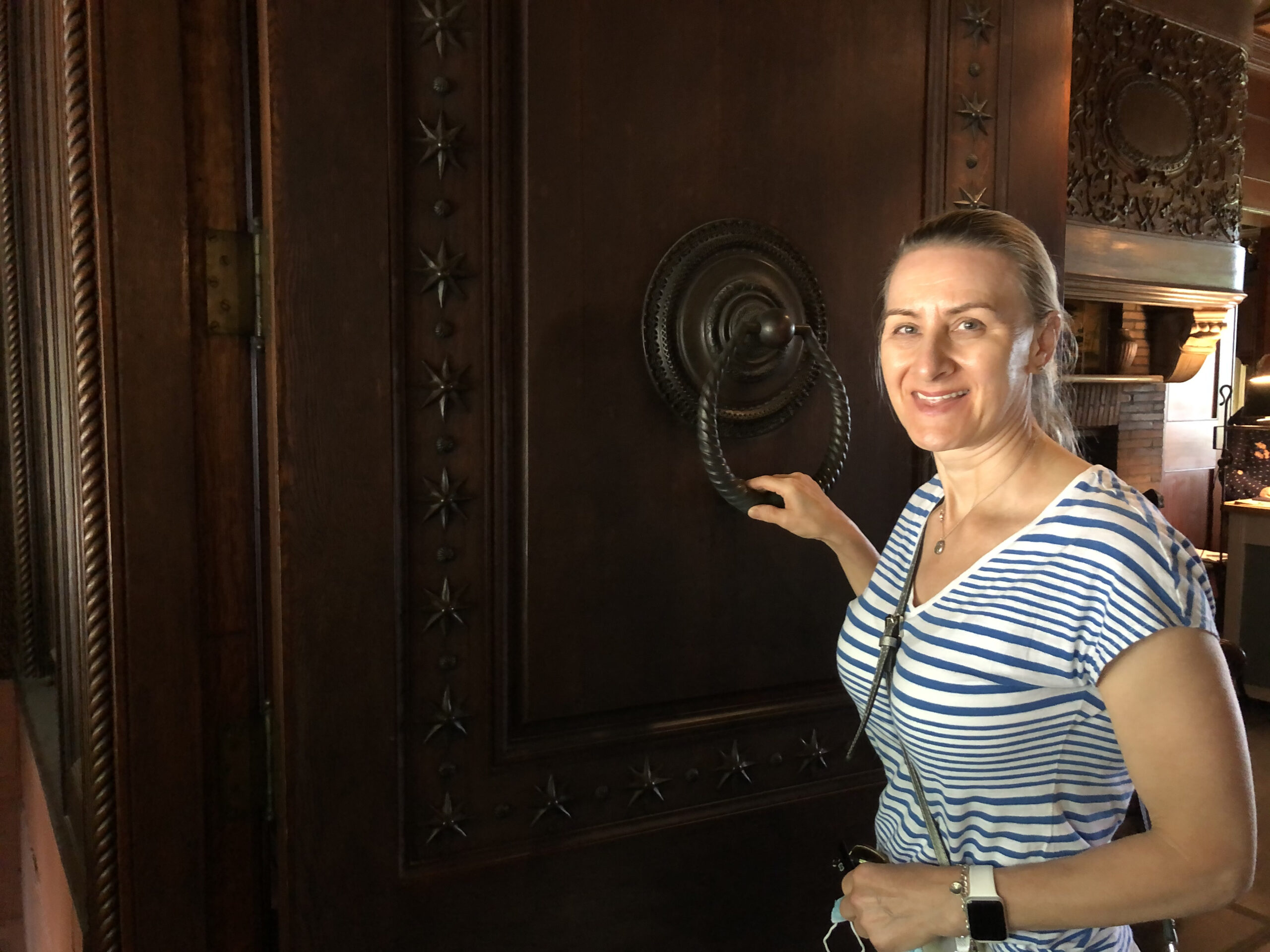 Naumkeag was designed by architect Stanford White of McKim, Mead & White in 1885 as the summer estate for Joseph Hodges Choate (1832–1917), a prominent New York City attorney and American ambassador to England from 1899 to 1905, and his wife Caroline Dutcher Sterling Choate, an artist and advocate for women’s education. Naumkeag was later the residence of his daughter Mabel.  The house is built in the Shingle Style with a wood-shingled exterior featuring brick and stone towers, prominent gables and large porch, and interiors with fine woodwork. It contains the Choate family’s furniture, Chinese porcelain, and artwork collected from America, Europe, and the Far East. 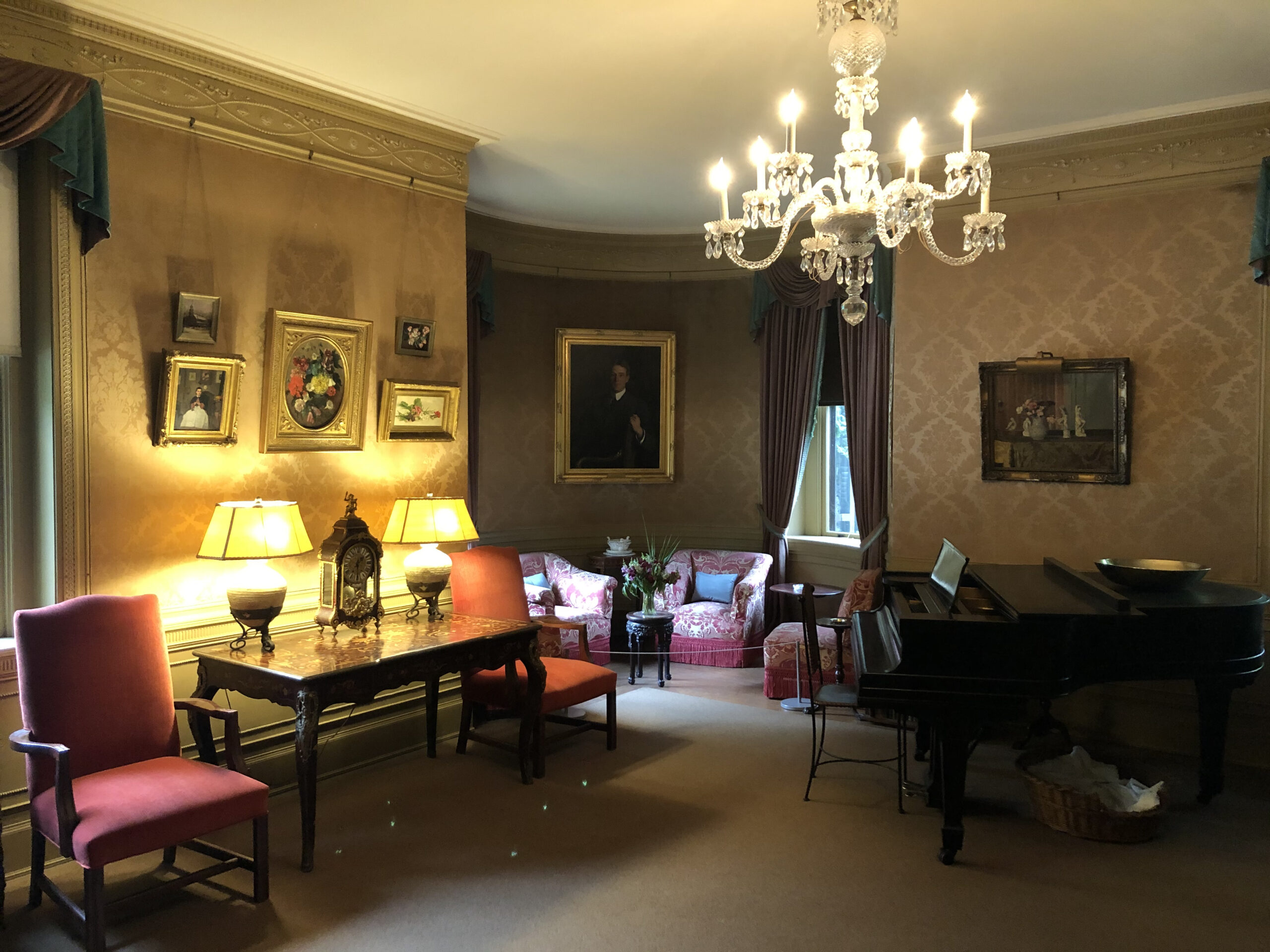 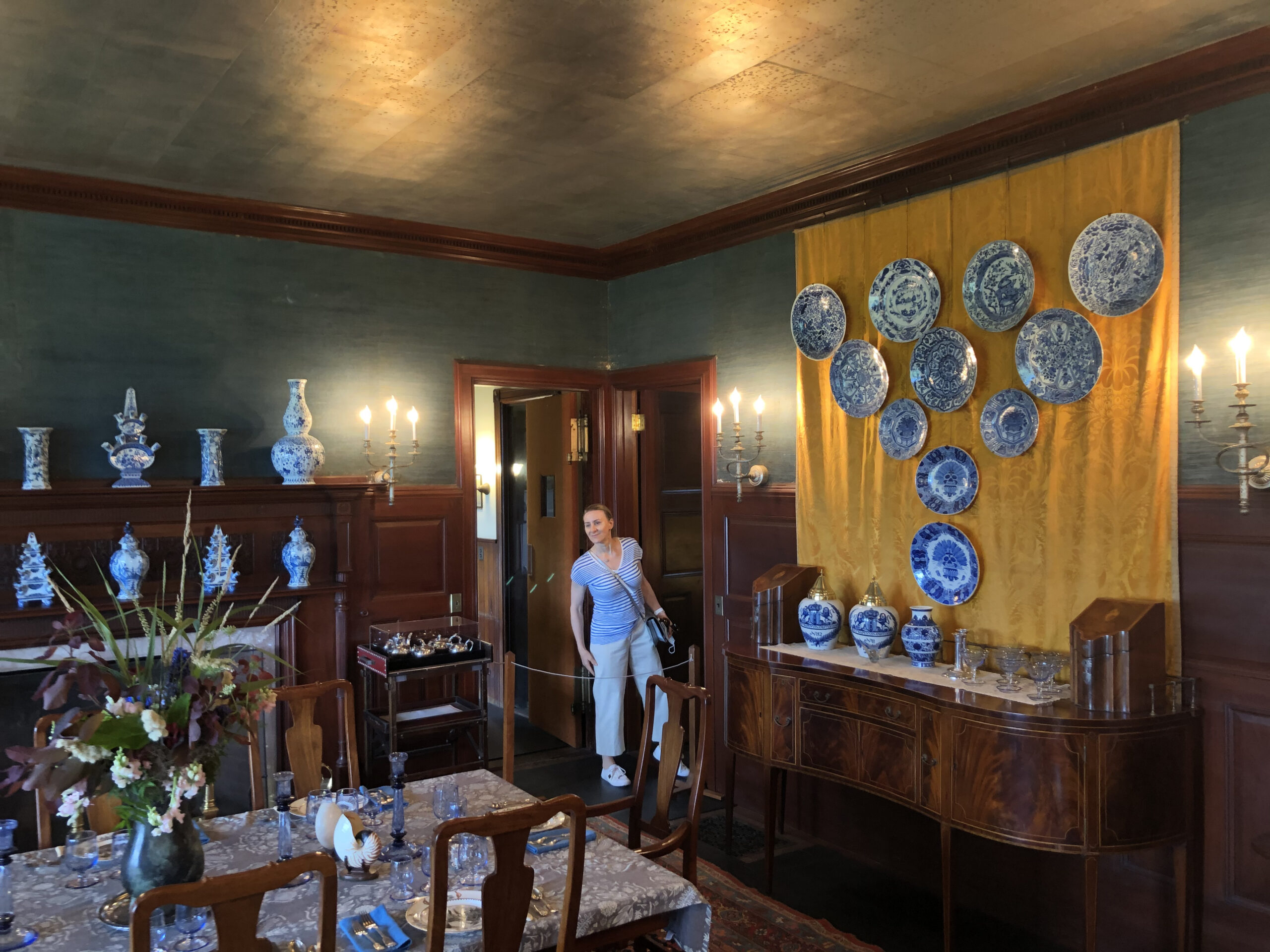 The house sits within 8 acres of terraced gardens (including The Rose Garden, The Afternoon Garden, and The Chinese Garden) and landscaped grounds surrounded by 40 acres of woodland, meadow, and pasture. Its grounds were first designed in the late 1880s by Nathan Barrett, then replanned and expanded between 1926 and 1956 by the noted landscape designer Fletcher Steele. Barrett’s original designs included two terraces, perennial beds (now the Chinese Garden), and an evergreen topiary. Steele’s additions include the Afternoon Garden (1926); arguably his most famous design, the Blue Steps (1938); and the Chinese Garden (1936–1955). 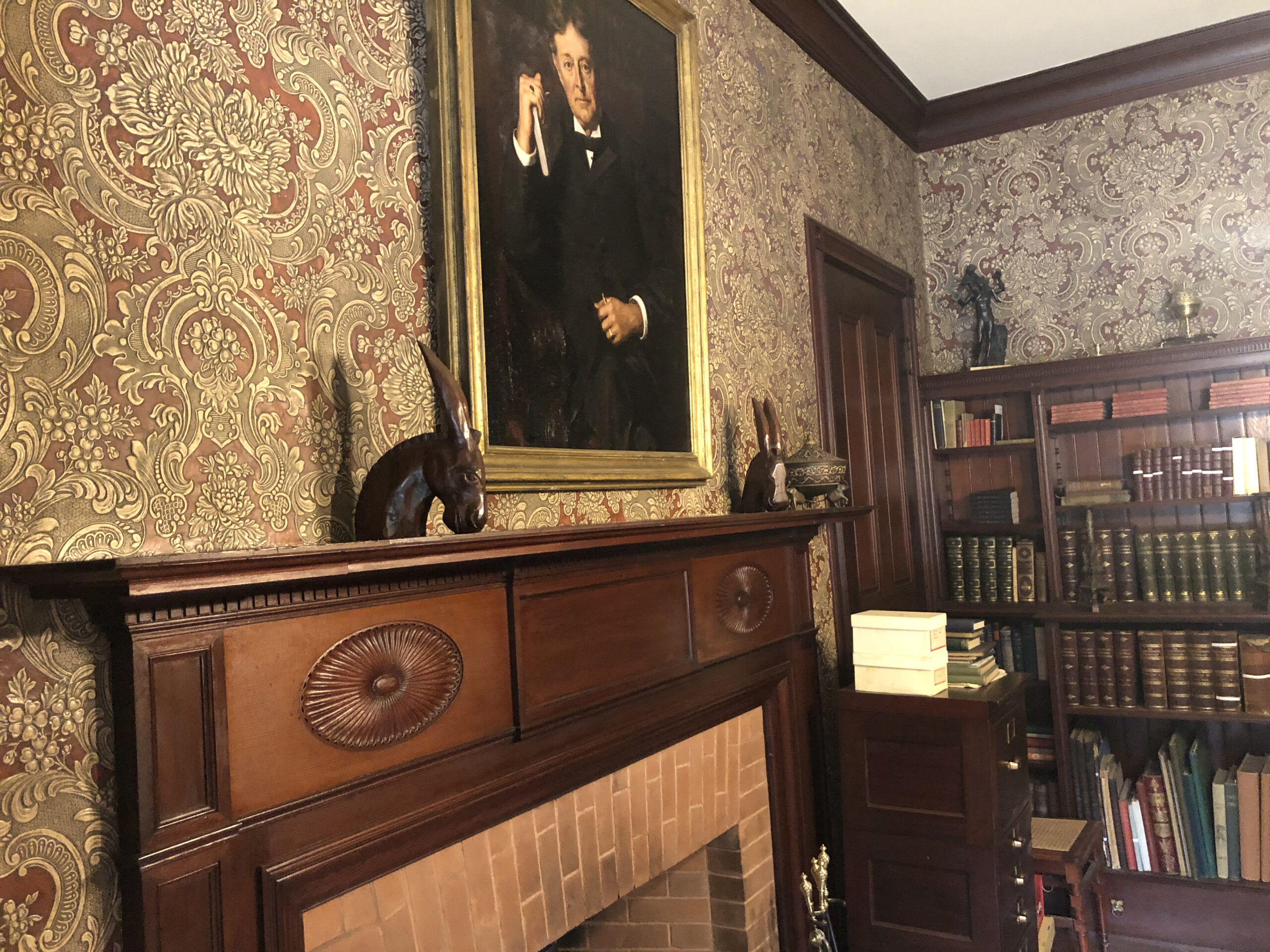 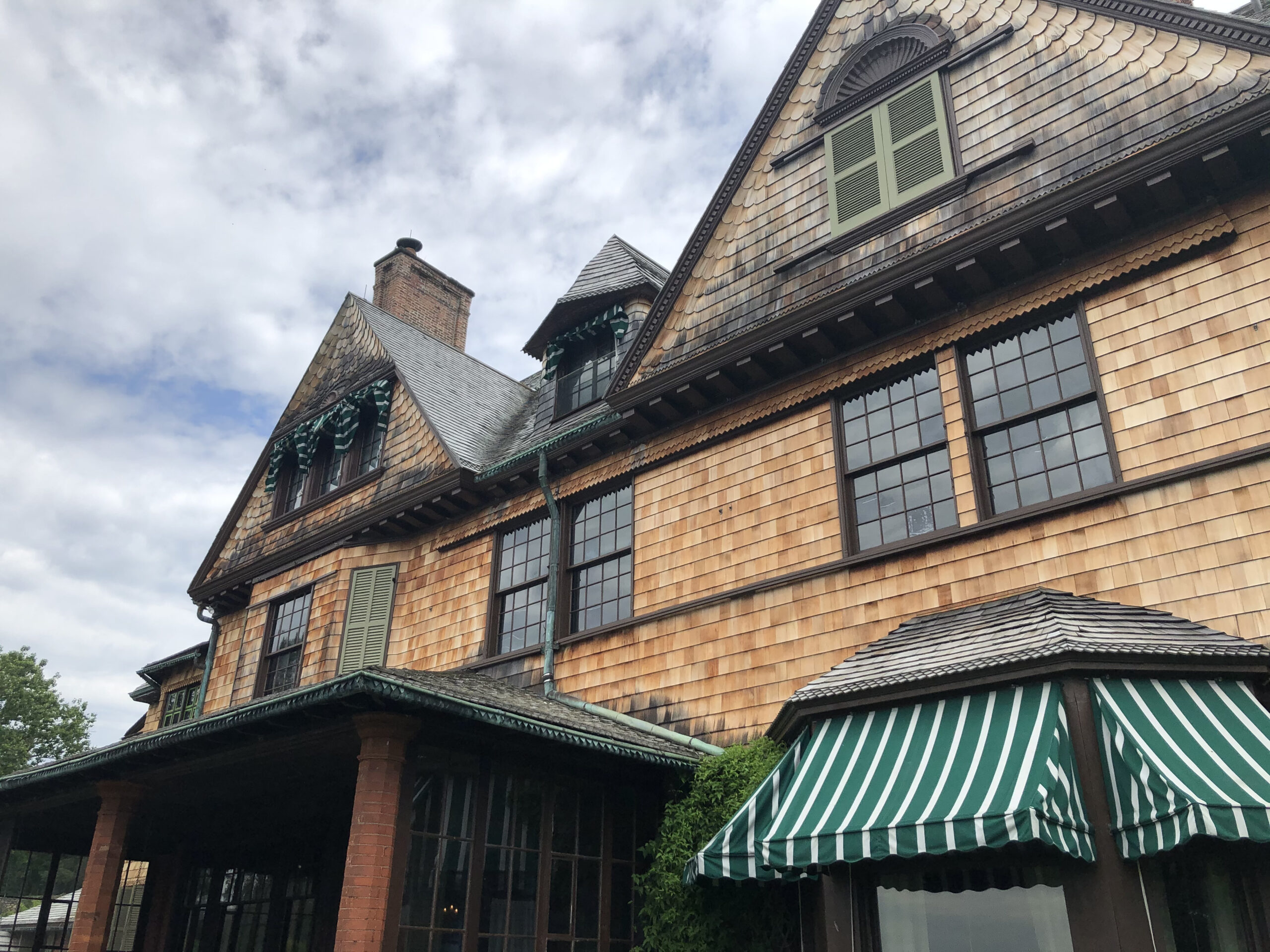 Colonial settlement of the Prospect Hill section of Stockbridge began with the town’s founding as a Native American mission community in the 1730s.  The future site of Naumkeag was probably acquired by New York lawyer David Dudley Field in the 1870s, and purchased by Joseph Hodges Choate in 1884.  Choate’s family had vacationed in Stockbridge (where Choate’s law partners also summered), and had picnicked on the property. Choate persuaded Field to part with 40 acres (16 ha) on the south side of the hill. 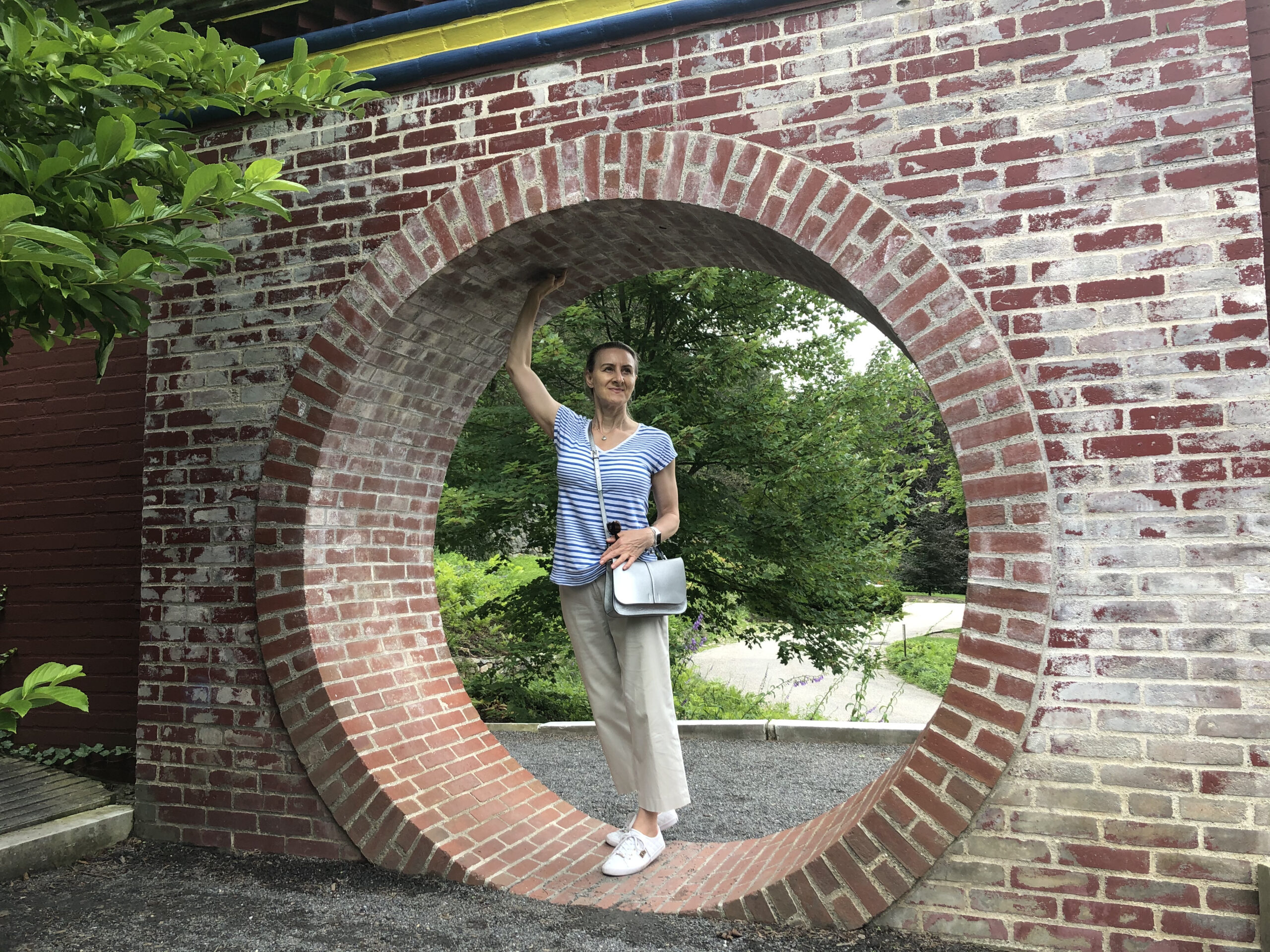 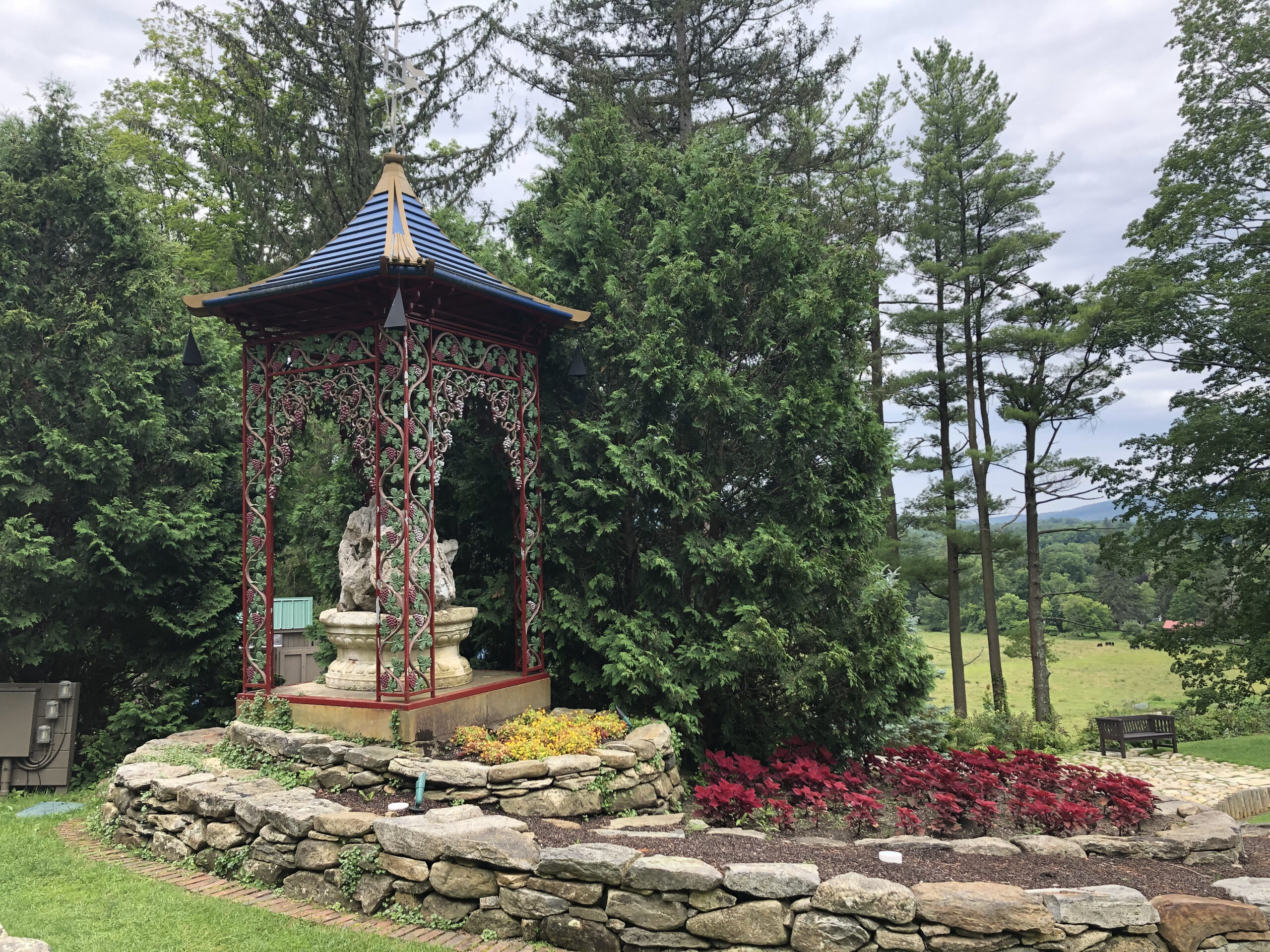 Choate was a longtime friend of architect Charles McKim, but most of the architectural design work was done by McKim’s partner Stanford White.  Although design work began shortly after the purchase, construction was delayed by the death of Choate’s son.  The house was completed in 1887 at a cost of about $35,000. White was also instrumental in providing the decorations and furnishings of the house, traveling to Europe with the Choates for the purpose. 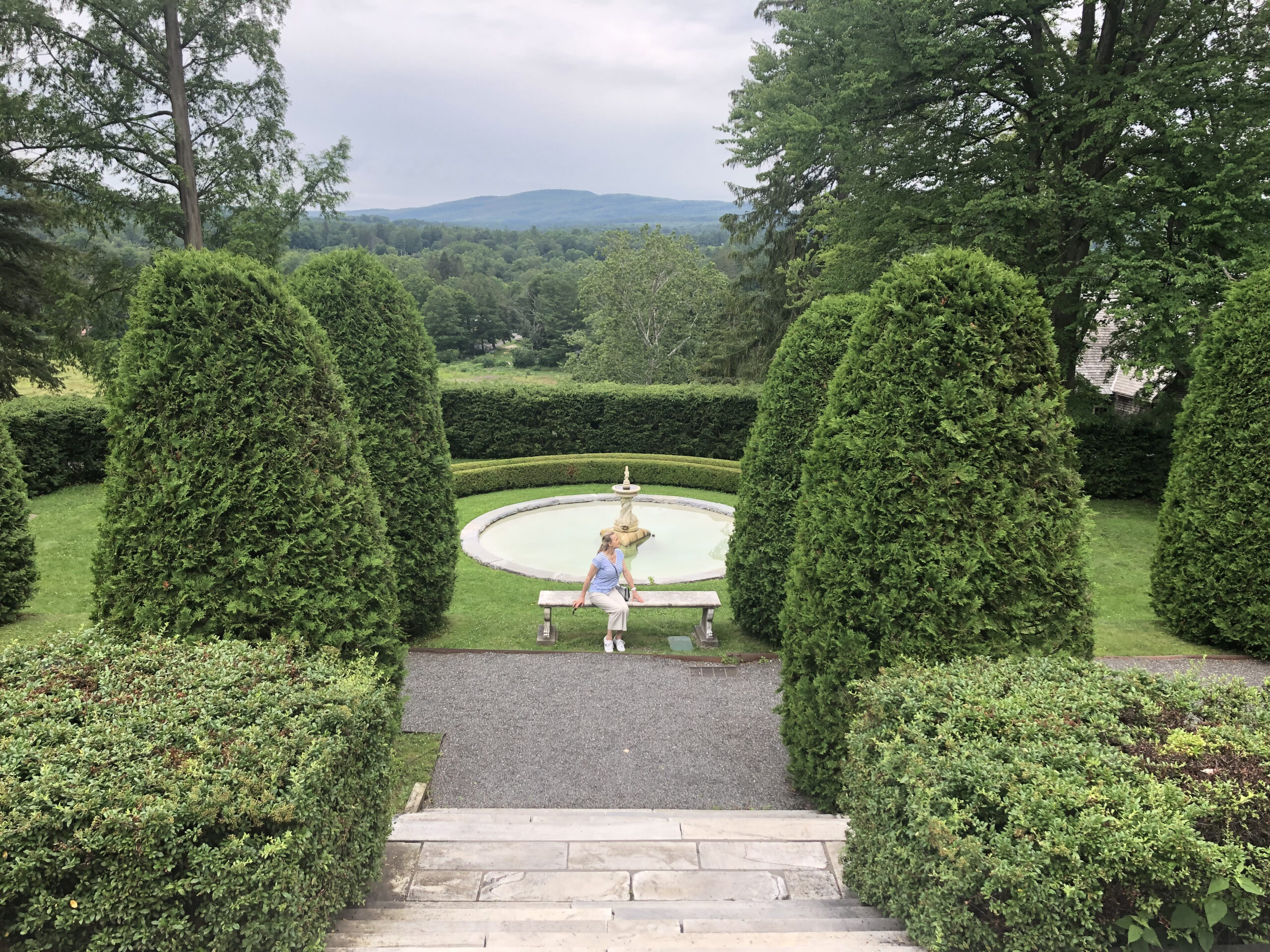 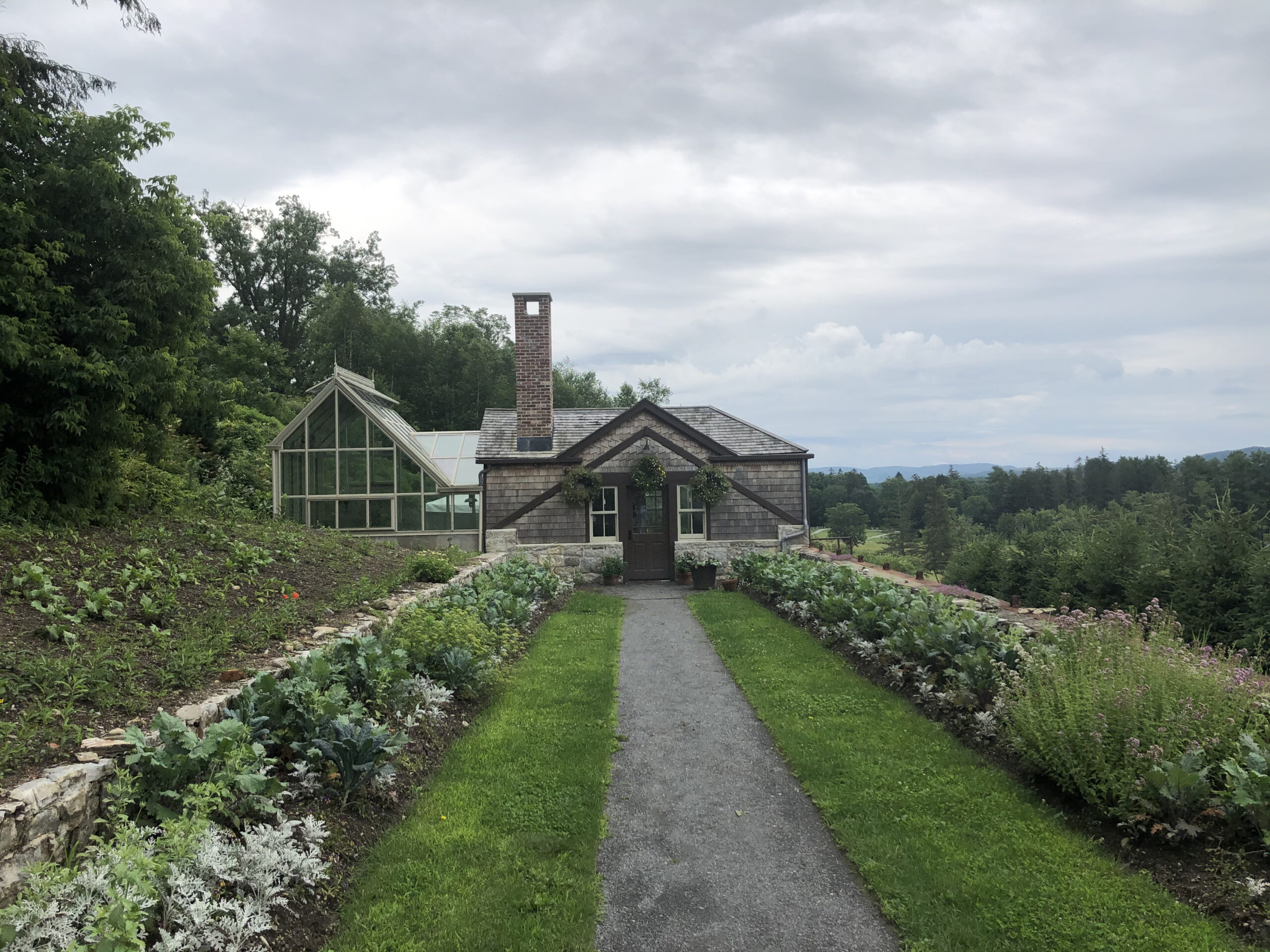 The house underwent a variety of alterations and additions, some guided by architects George de Gersdorff and Charles Platt. The library was expanded in 1897, enclosing a space that had once served as a south-facing porch. The number of bathrooms was raised from four to seven in the early years of the 20th century. These changes, which included the addition of a porch to the master bedroom, necessitated the addition of a dormer on the third floor and a number of new windows. During the period of Mabel Choate’s ownership only modest changes were made. 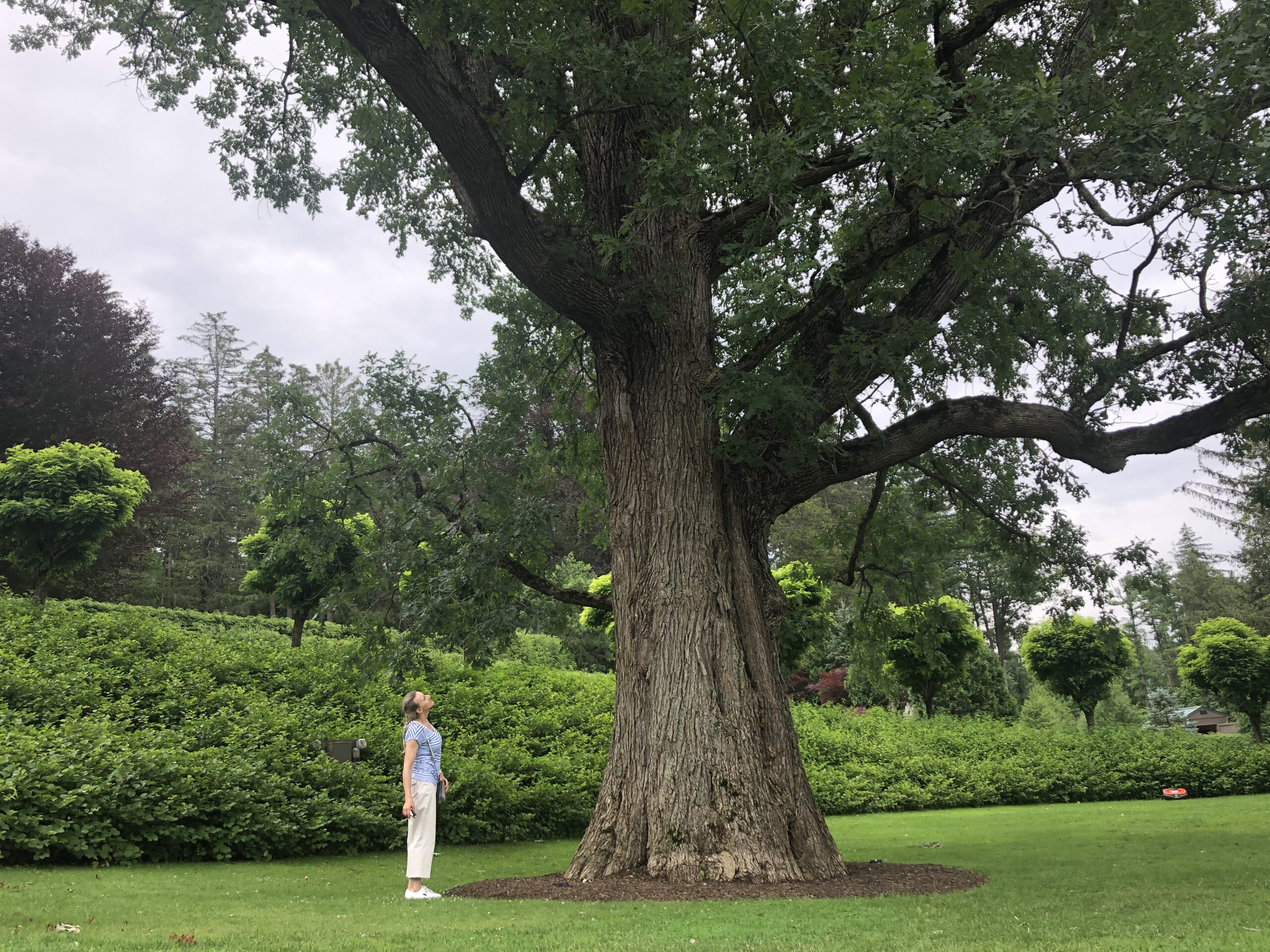 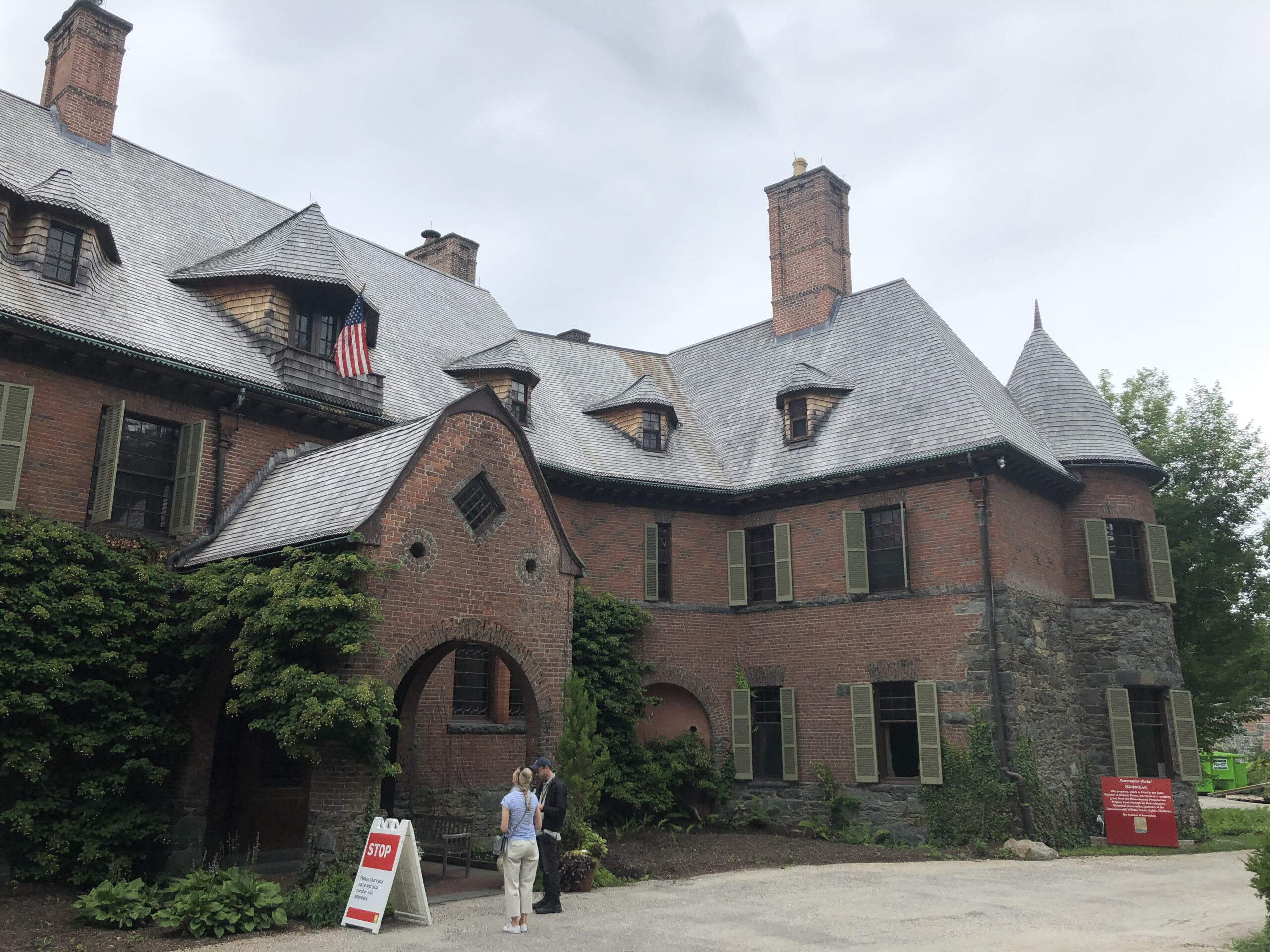